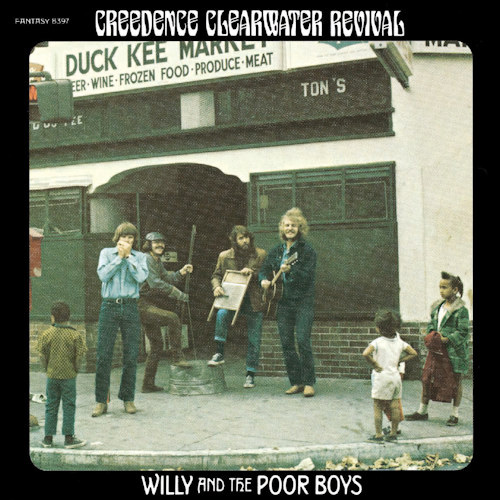 Willy and the Poor Boys is the fourth studio album by American rock band Creedence Clearwater Revival, released by Fantasy Records in November 1969, and was the last of three studio albums that the band released in that year.
In 2003, the album was ranked number 392 on Rolling Stone magazine’s list of the 500 greatest albums of all time; the list’s 2012 edition had it ranked 309th.