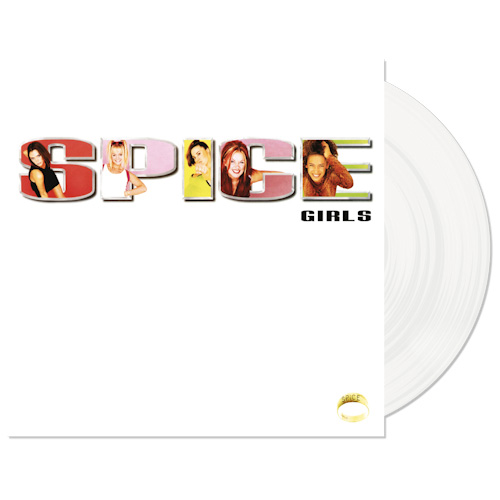 Limited vinyl LP pressing. Spice is the 1996 debut studio album by the British girl group the Spice Girls. The album was recorded at Olympic Studios in Barnes, London between 1995 and 1996, by producers Matt Rowe and Richard Stannard, and the production duo Absolute. Spice was a huge worldwide commercial success. The album peaked at #1 in more than 17 countries across the world, and was certified multi-platinum in 27 countries, platinum in 14 countries and Gold in 3 countries, including a 10× Platinum certification in the UK and Canada by the British Phonographic Industry and the Canadian Recording Industry Association, 8× Platinum in Europe by the International Federation of the Phonographic Industry and 7× Platinum in the US by Recording Industry Association of America. It became the world’s top-selling album of 1997 selling 19 million copies in over a year. In total the album sold 31 million copies worldwide, becoming the biggest-selling album in music history by a girl group and one of the most successful albums of all time.